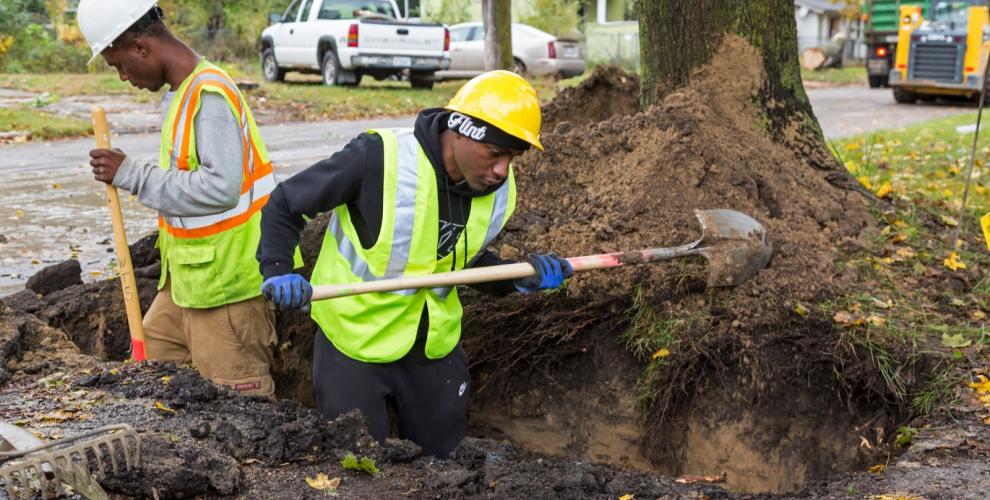 Five years after Flint’s water crisis began, the community continues to deal with fallout. Among the most pressing concerns are water quality and affordability, and the long-term health and well-being of all residents — particularly children. Since 2016, studies by the Michigan Department of Environmental Quality have shown that a growing majority of water samples in Flint have lead levels of less than 15 parts per billion, which is the federal action level. However, few residents say they trust government officials or believe the water is safe. Today, most residents still drink only bottled water.

News of the water crisis sparked an outpouring of support from people and organizations in Flint and around the world. The Mott Foundation granted $4 million to help reconnect the city to the Detroit water system and subsequently committed up to $100 million over five years to help Flint recover and rise. Help Centers have been providing residents with bottled water, water filters and healthy foods that can help combat the effects of lead exposure. The launch of Cummings Great Expectations and Educare Flint has made high-quality early childhood education available to more of the city’s youngest residents and their families. All schools that feature the Flint Community Education Initiative now have a community health worker to help connect students and their families with needed services. The City of Flint is overseeing the replacement of lead and galvanized metal service lines, and officials say they will complete the work ahead of schedule and before the end of 2019. City officials and community leaders also are exploring ways to make water rates more affordable. Freshwater Future is establishing a local lab and training young people in the community to collect and test water samples. The hope is that testing conducted by Flint residents for Flint residents will inspire greater trust.

The Flint Registry provides health and wellness information and referrals to anyone who may have been exposed to lead in the city’s water while living, working, or attending school or day care in a location served by the Flint water system between April 25, 2014, and October 15, 2015. Developed with the community’s help, the Flint Registry will offer residents, health care providers and others a better understanding of the crisis and its impacts. Enrollment is confidential, and no information is shared without the participant’s consent.