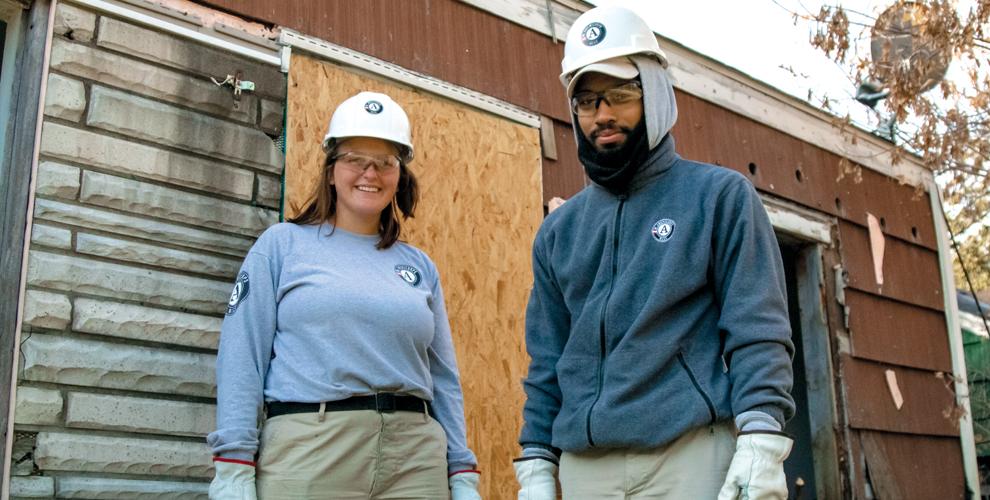 AmeriCorps National Civilian Community Corps members board up a vacant home in Flint.

Rates of crime against people and property have declined in Flint, but they remain higher than in other Genesee County communities and the state of Michigan overall. While city residents in 2016 approved millages that provide roughly $5 million a year for police and fire services, that support has been partly offset by cuts in state funding to local governments. Today, public safety remains a top concern for many Flint residents.

Neighborhood block clubs, community groups and other partners from Flint and beyond are working with local law enforcement to help improve public safety. For example, members of the AmeriCorps National Civilian Community Corps collaborated in 2018 with the City of Flint Police Department to address factors, such as blight, that can contribute to crime. That unique, eight-month partnership helped to secure over 670 vacant homes, remove more than 51,000 pounds of trash and connect residents with a range of community services. The result: overall crime rates in the targeted neighborhoods fell by an average of 8 percent.

Helping to reduce crime by eliminating blight is a goal of the Genesee County Land Bank’s Clean and Green Program. It provides community groups with at least $3,000 to help clear and maintain vacant lots and make other improvements in their neighborhoods. In 2018, those partners cared for more than 3,700 properties in the city of Flint.