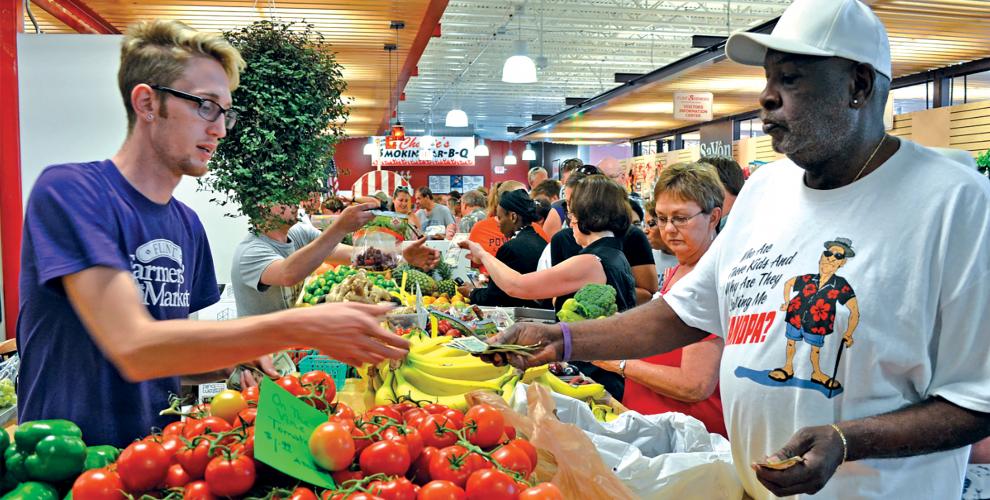 A customer buys fresh produce at the Flint Farmers’ Market.

Over the past decade, there have been improvements in some health trends in Flint, such as decreases in overall teen pregnancy rates and infant mortality. However, rates of these and other important health concerns, such as obesity, hypertension and diabetes, are much higher in Flint than they are across the county, state and nation. The city’s water crisis has sparked added concerns for the health and well- being of all residents, especially children.

Efforts to improve the health of Flint families include the Genesee Health Plan, which the Mott Foundation helped to launch in 2001. The plan provides families that have little or no health insurance with access to basic coverage and medical care. The recent expansion of Medicaid waivers in Michigan has helped more than 26,000 Flint residents obtain free or low-cost health insurance. The Crim Fitness Foundation brings physical fitness activities into neighborhoods through the Flint Community Education Initiative. And by doubling the value of SNAP benefits used to buy healthy foods at the Flint Farmers’ Market, Flint Fresh Mobile Market and eight stores in the city, Double Up Food Bucks helps people get more fruits, vegetables and other nutritious foods, which also can lessen effects of lead exposure, especially among children.

The Genesee County Community Health Access Program, or CHAP, helps residents enrolled in Medicaid find a place to get consistent medical care. Managed by the Greater Flint Health Coalition, CHAP helps residents get health information, understand it, manage their medical care, and address issues that can affect their overall health and well-being, such as housing, transportation and food.