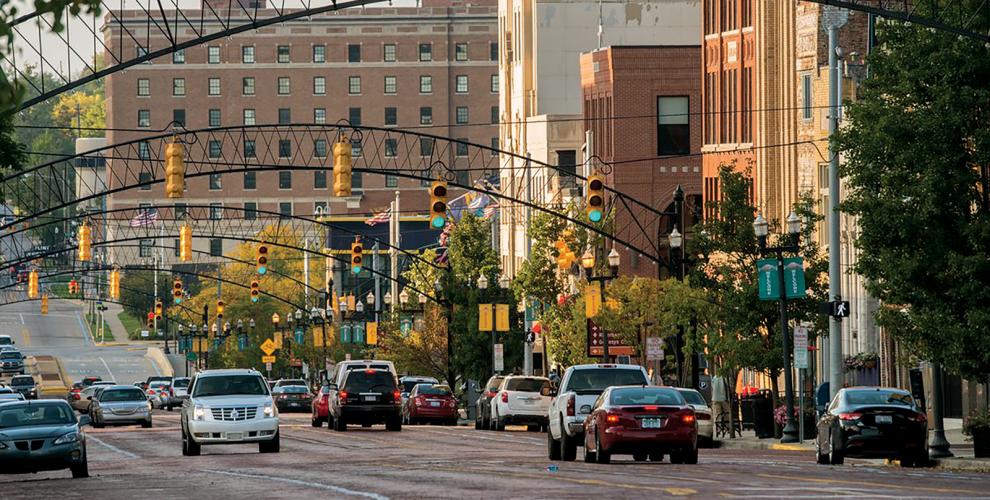 Attracting new interest and investment in downtown Flint is key to the community’s economic future.

Fueled by the decline in manufacturing in Flint, the city experienced decades of job losses and a shrinking tax base. Unemployment rates have improved, but many residents still are unable to find work that pays a living wage. The lack of economic opportunity makes it difficult for them — and the community — to move forward.

The City of Flint, Flint & Genesee Chamber of Commerce and others are working to recruit new employers to the community, retain existing businesses and increase jobs. Among the most exciting news: the Lear Corporation’s new manufacturing facility on the former Buick City site is expected to employ roughly 600 workers by the end of 2019; and GM has announced a $150 million investment in its Flint Assembly plant, which is expected to bring in 1,000 new jobs. Mott Community College, Flint STRIVE and St. Luke N.E.W. Life Center are among the local partners providing residents with job training, while 100K Ideas, Factory Two and others are helping entrepreneurs to launch small businesses. And the ongoing revitalization of downtown Flint has the potential to spark positive economic impacts throughout the city and beyond.

In early 2018 a new economic development team was formed at the City of Flint, thanks in large part to a grant of $2.9 million from the W.K. Kellogg Foundation. The previous department had been cut due to lack of funding. The City is now able to work with other local and state partners to boost economic development. It will release a full economic development plan in 2019 aimed at increasing employment, wages and income in the city.

CONTACT: City of Flint, Department of Community and Economic Development, 810-766-7426.